I’ve always been interested in furthering my diving skills, with tec or cave training, and ever since I got locked down and my documentary watching has gone way up, I’ve started getting more and more fascinated with unexplored cave systems.

Underground caves and passages are the things of nightmares for most people, especially the claustrophobic, and the crazy people that explore them are modern day pioneers.

There are not many places left on this planet left unexplored, the ocean being one, and underground, submerged caves being another. In this article I want to talk about 5 caves from around the world, that only super skilled and experienced cave divers are able to show us.

This cave complex is located in the foothills of the Ural Mountains, and is made up of gypsum. Because gypsum dissolves to quickly, it is unknown how long this cave actually goes.

3 miles have been explored so far, making it the longest cave in Russia, and the longest gypsum cave in the world. Some parts of the cave open up into grand caverns 250 feet wide that are immensely beautiful when your torch lights up the whole rooms and it’s white walls.

Other parts of the cave are but tiny passages, where experienced divers have to feed in their tanks one by one, and then wiggle through.

The beauty and size of this cave make it worthy of this list, and I just have to tip my hat to those crazy explorers who are the first to shine light on these beautiful scenes. 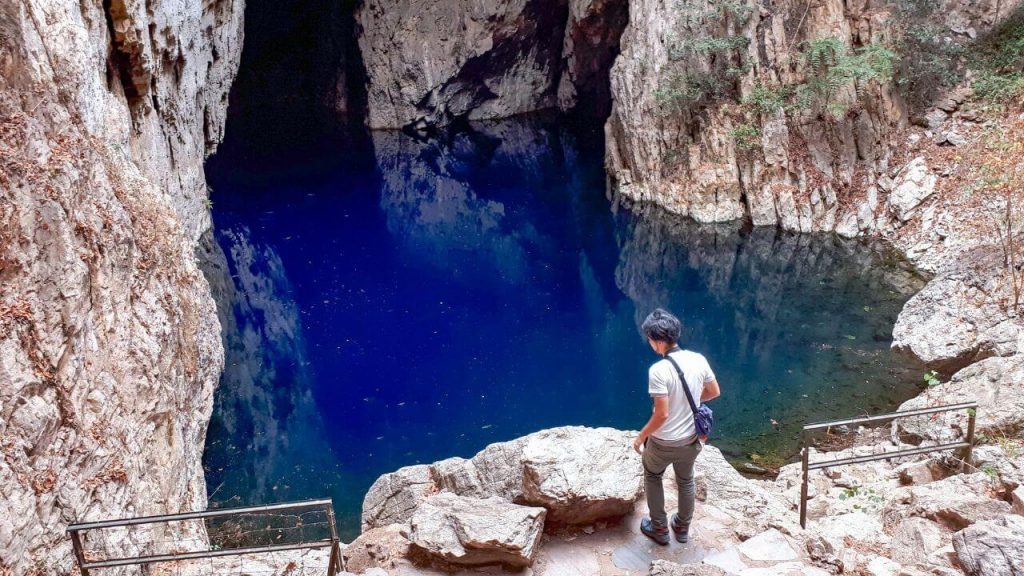 I will probably mispronounce this one, but nevertheless, its a great addition to this list.

Actually, I long ago did a short feature of the Chinhoyi caves a while back, and I still get a lot of emails asking how to get there and for more information.

There are a lot of people interested in diving this cave, and not a ton of information out there, so when people Google it, they only found my mention of it. So I had to find out more.

There are passages that lead to big caverns, some with floors lined with bones, others with coins tossed in for good luck. It’s a pretty cool cave, albeit a moderate one for this list, and extremely remote.

Your best bet to be able to dive here, is to check out a dive center in Harare called Scuba World, who offer tours to the caves. 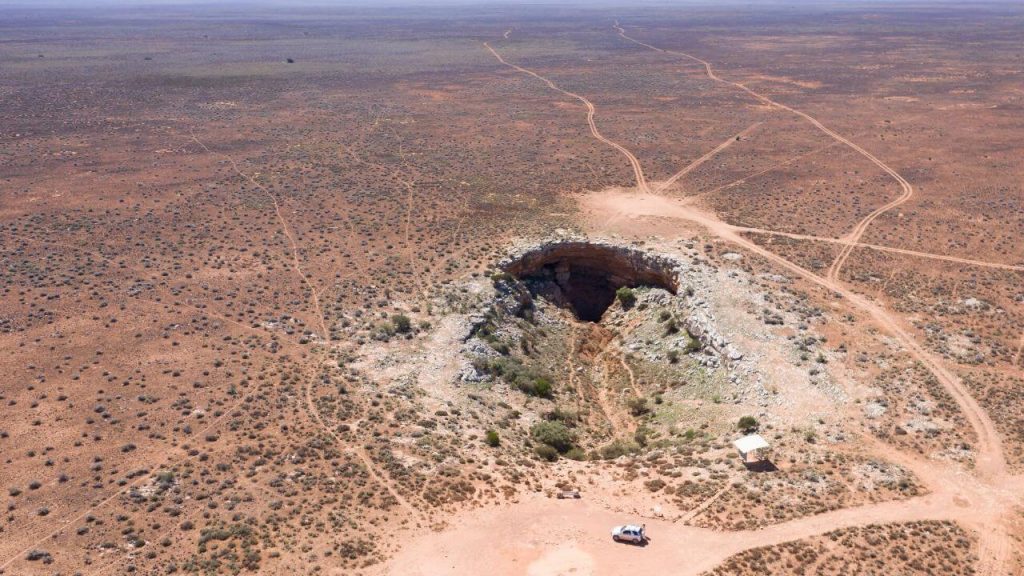 Cocklebiddy Cave is one of many hundreds of caves that dot the Nullarbor, which is the largest arid area of limestone in the world. The entrance to Cocklebiddy Cave is a collapsed ‘doline’ or sinkhole, created when the cave roof collapsed to reveal a system of massive underground caverns and more than 6km of underwater passages.

Arguably the Nullarbor Plain’s most famous cave, Cocklebiddy Cave was the site of the world’s longest cave diving penetration in 1983. The record has since been beat at Cocklebiddy, and dive clubs from Australia and abroad continue to attempt to map and photograph further and further into the system. Who knows how far it goes!

Cocklebiddy cave is located 12km west of Cocklebiddy Roadhouse and 10km north of Eyre Highway. And by the way, that highway through the infamous Nullarbor in southwestern Australian desert, is known to be hot and desolate, so go prepared just for that drive.

While in the region you can dive in a number of different caves, all probably connected in one way or another, but you will need a permit, as these caves are not for the average diver. Your best bet is to get ahold of local cave diving clubs, and get started on the massive amounts of planning and logistics it will take to get you and tons of gear down there. 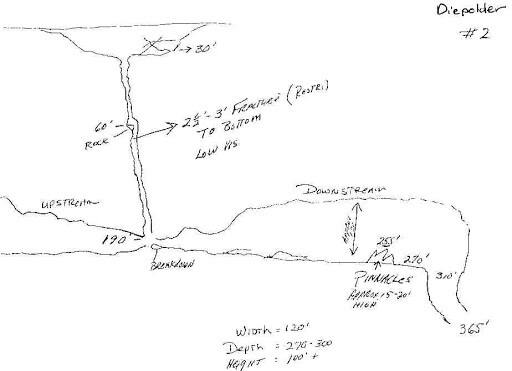 The 3 Diepolder caves will be much closer to home for Americans, just being in Florida and all, but the dive qualifications wont be any less strict.

These caves, out of Brooksville, are some of the deepest in the US, and are just begging to be explored by those with the skills to make it happen.

Some of them start as cenotes, others dry caves that you have to repel into, and then they are advanced cave systems that connect.

Not only will you be dealing with narrow passages and overhead environments, you will also be dealing with extreme depths, from 60 to 100+ meters. So you better be qualified for this extreme stresses.

To get a permit to dive these caves, here are the minimum qualifications:

You also must be qualified with a rebreather if that is what you are using, as well as be informed on preserving delicate formations.

So ya, this cave is awesome for this list…. I did tell you this article wouldn’t be for the everyday diver, didn’t I?

This cave is not one I would even consider dipping your toes in, if you don’t have many many years of extreme cave diving and exploring experience. And for good reason.

Have you ever seen the documentary called “Diving into the unknown”? To me it is arguably the most insane SCUBA related documentary of all time! Yes, we are talking about THAT cave system.

(spoiler alert) The documentary follows a Finnish team as they explore the cave, making the deep passage connection from Pluragrotta to the dry cave of Steinugleflåget… However you pronounce that.

2 of their team died, and 3 others badly injured. The reason? This cave is the most intense I’ve ever seen. In fact, if I have one gripe about this documentary, it’s that they do not go into detail about how complicated this all is.

First they must make a long snowmobile trek to the area with all their tanks and gear. Then they must chainsaw a hole in thick ice to make an entry (nope, not me), then the cave passage that goes vertical is over 130m! I can not imagine going 130m deep in freezing waters, inside a narrow, dark cave! Is there a worse place to get narced!?

They are also at those extreme depths for an extended amount of time, squeezing their way through impossible holes with all their tanks. It’s insane. Anyways, one guy dies, blocking the passage, and that causes another death and a cascade of problems.

Expert cave teams are called in, but fail to retrieve the bodies, and it its deemed impossible, and the caves banned to the public.

The documentary starts there, where the remaining team of Finnish plan out and execute the same dive, to recover their friends, illegally. Its such an insane story.

Anyways, if you havn’t seen that documentary, stop what you’re doing, run, don’t walk, and go watch it. That will give you an idea of how crazy this cave system is!