If the Irrawaddy River dolphin sounds familiar, it’s because we just talked about the critically endangered Irrawaddy river shark, in a previous article. I guess its just bad luck to be a marine mammal in this river…

The Irrawaddy has the misfortune to live in the Mekong river, that borders Laos and Cambodia, which is not known for preservations,  and the local dolphin has all kinds of typical problems, such as habitat losses from dams, over fishing and accidental catches.

Although the Cambodian government has tried to stop the extinction, with various ranger stations along the river preventing anyone from lining the river in fishnets, one of the biggest killers, this dolphin will probably be gone in your lifetime.

With maximum of 90 individuals left, the Irrawaddy dolphin will soon be gone, unless more is done to curb whaling, accidents from ship strikes and gill nets, river pollution and more. Who knows, maybe this article will find someone that is in a good position to help.

I’ve heard of the Maui dolphin before, but I did a double take when I started researching it for this article, because apparently they aren’t from Hawaii or Maui at all! They are from New Zealand.

In fact, the maui dolphin is New Zealand’s one and only endemic cetacean. They are found around the north island, and are one of the world’s most rare, critically endangered dolphins in the world.

The name maui dolphin, is actually derived from Maori’s name for the North Island, although in the Maori language it is called the popoto dolphin. I kind of like the name popoto better.

Recent surveys show that there are probably less than 70 individuals left in the wild, and with so much fishing, climate change and other issues, these might be the last 70 there will ever be.

While researching this article, it struck me that this dolphin is the only one that is located in a first world nation, and one that is normally well known for it’s wildlife and ocean conservation. So why is the maui still threatened?

Well just like the other species on this list, it’s a myriad of problems that compounds against them. Although it is a protected species in New Zealand, there is still illegal fishing going on (looking at you Chinese vessels), as well as accidental killings/catches from legal gill nets, trawling and ship strikes. Not to mention food supplies dwindling from climate change. 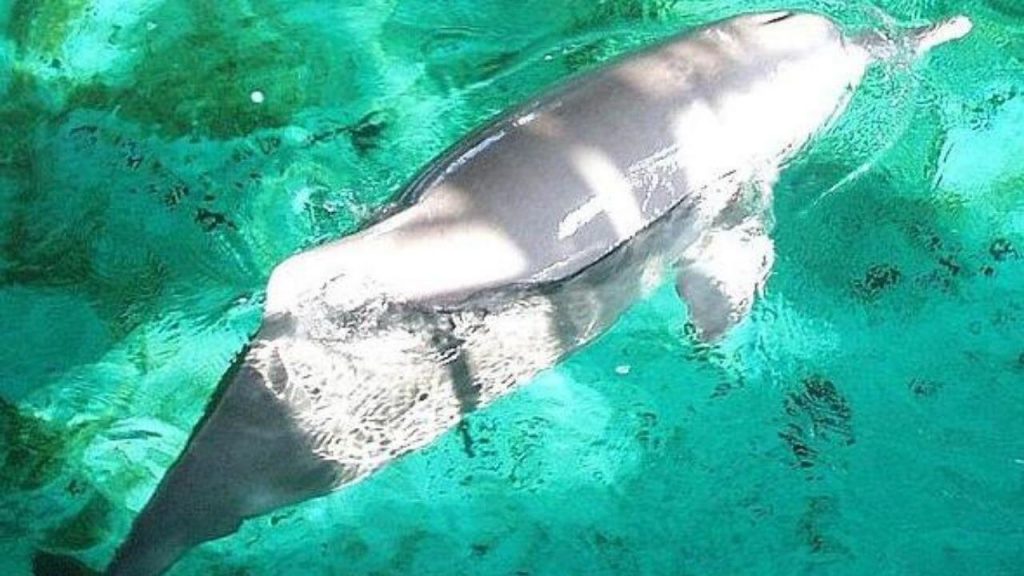 The word Baiji in Mandarin translates to “left behind”, which should probably tell you everything you need to know about this species. The baiji dolphin is the world’s first dolphin to be declared extinct, due to human impact.

To be clear, the baiji, also called the Yangtze river dolphin and the white fin dolphin, has definitely been declared functionally extinct. Functionally extinct means that even if there are a few left and the species is not truly extinct, those few individuals have no role in the ecosystem, and are not capable of stopping their species from true extinction.

in 1997 a large survey of the Yangtze river took place to count the baiji, and after extensive searches, and only 13 individuals were found. In the 1950’s it is estimated there were around 6000.

Around 2007 another survey took place in the river from the people at baiji.com with huge funding, but zero individuals were found. Hence the functionally extinct designation. No one knows if they could even be truly extinct.

Because of the Three Gorges Dam, countless gill nets, unenforced fishing bans, and the fact that 12% of the world’s population lives in the Yangtze regions, the baiji never really had a chance. But it is still super sad that this is the world’s first cetacean to go extinct due directly from human activities.

Not only is this the first dolphin to go extinct from humans, it is also the first documented global extinction of a “megafaunal” vertebrate in over 50 years, since the demise of the Japanese sea lion and the Caribbean monk seal in the 1950s. 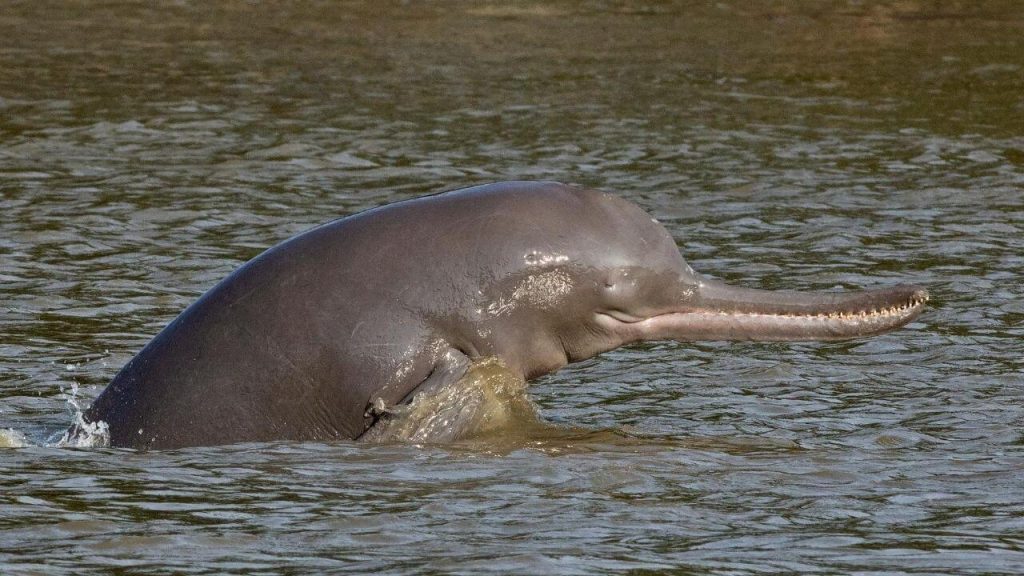 One other thing they have in common, is they are critically endangered.

Both species have the local nicknames of the blind river dolphin, and side-swimming dolphin. These guys are basically blind, and use sonar to hunt the muddy waters, and when they find their prey they will go on their side and snatch the fish with their long jaws.

So how endangered are these guys?

A 2017 population assessment estimated less than 5,000 individuals for the species as a whole, of which about 3,500 belong to the Ganges subspecies and about 1,500 to the Indus subspecies. Although it is now believed that around 2008 a big Indus dolphin migration occurred, from upstream tributaries, where they are no longer found, possibly inflating numbers.

Although these are small numbers, it seems that the Indians and the Pakistanis are doing a better job now at protecting their endangered dolphins, with many new laws, as well as the Vikramshila Gangetic Dolphin Sanctuary on the Ganges. 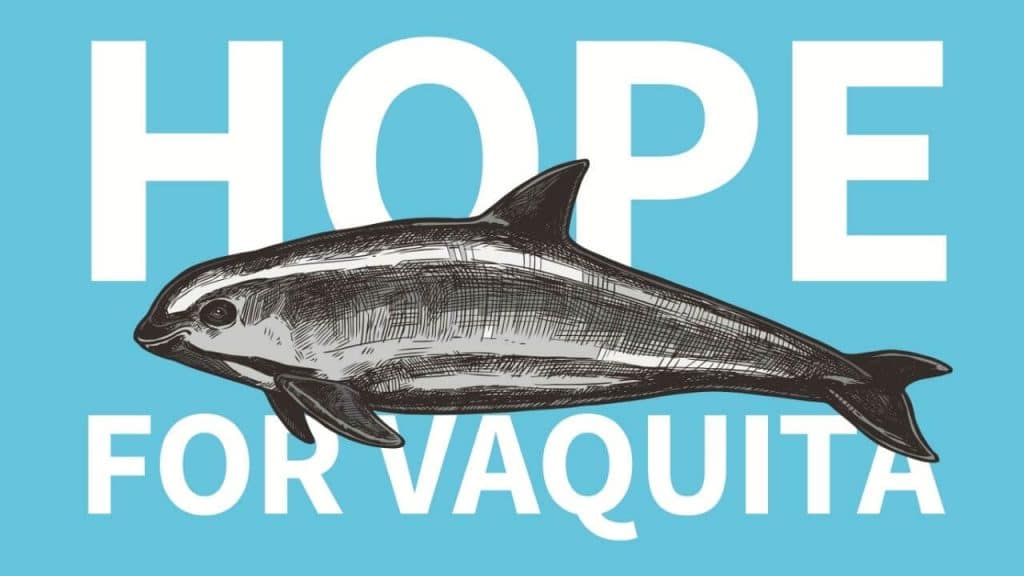 Because of recent press coverage in the past few years, a lot more people know about the plight of the vaquita. The vaquita is the world’s smallest living cetacean (until its gone), and is located in the Gulf of California in Mexico.

So what is there really to say about this dolphin, that I haven’t already said about the others on this list? Polluted oceans, illegal fishing, legal fishing by-catch, ship strikes…. Just like the rest, humans have driven yet another beautiful species to extinction.

Apparently the illegal totoaba fishery is responsible for the vaquita’s demise, and when I researching the dolphin, and the rest on the list, I really felt like going on a rant about they we should have done more to save the vaquita.

But then I started wondering, who is “they”? Who was I mad at for not stepping up?

I once watched an interview from Elon Musk, and when asked why HE felt like being the one to bring humans to Mars, he said that people always want things, or know things need done, but they always assume someone else (they) will do it. But the reality is, someone actually has to go do it, for it to happen. He said “people have to make things, if we want the things”.

I guess the same could be said about the vaquita. I was mad that some all-knowing organization didn’t go down to Mexico and save a species…But what had I done for them myself?

Well, thats just some food for thought. There are only maybe 19 individual vaquitas left, and I personally have done nothing to help them, besides this article I guess. Which brings me to my next thought.

I started this website, and my YouTube channel, in the hopes of filming and talking about rare species that most people have never seen, to bring them some exposure and maybe get more people involved in marine biology or conservation projects. That has worked well. I’ve filmed rare harlequin shrimp and frogfish and countless other relatively unknowns, but maybe I should be concentrating more on species that have little time left on our planet.

Let me know what you guys think? Where can a person start, who wants to do more than donate to some far off organization and not know if the money is spent well? Let me know in the comments below! 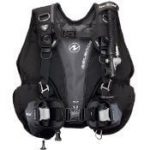 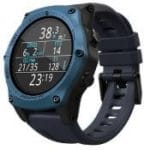 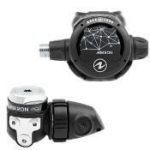 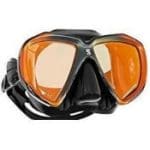