Cave diving is a form of extreme diving characterized by a lack of direct access to the water’s surface due to natural underwater ceilings.

Additional elements come into play during cave diving that increase difficulty. These include the following:

While a cavern diver similarly dives with natural overhead ceilings, the entrances to their diving locations are within sight. Cave divers, on the other hand, can dive for thousands of yards past their entry.

Cave diving offers an entirely new world from the one experienced during open water diving. Divers start by entering a narrow cave entrance that opens up to reveal a magical underwater chamber.

Cave diving allows divers to swim past stunning stalagmites, with rising rock formations that form on the floor of caves due to an accumulation of material landed on the cave’s floor. These materials drip from the cave’s ceiling and are composed of lava, minerals, sand, and other materials that form a unique underwater aesthetic.

When cave diving, swimmers can also notice stalactites. These structures are formed similarly to stalagmites, yet form on a cave’s ceiling as opposed to the cave’s floor. Underwater caves additionally draw diver interest due to their inhabitants of unique marine life not found in open diving areas.

Related: Looking for a liveaboard in Indonesia?

What Certifications Are Needed For Cave Diving?

The first training course you’ll need to complete before going on a cave diving expedition is the advanced open water diver course (AOWD).

AOWD is designed as a basic level diving class aimed to advance your diving skills and confidence via logged dives with an instructor. The course holds 5 different adventure dives with a knowledge review before each dive session.

Two mandatory dives exist during this course. These dives include:

Secondly comes an additional entry-level diving course known as the TDI Nitrox Diver Course. Through this course, divers can expand their diving experience and knowledge through the use of enriched air nitrox as a breathing gas.

Side mount scuba tanks offer divers more flexibility as well as increased ease of movement. When above water, divers who use side mounts won’t have to move around with heavy cylinders on their backs. Instead—they enter the water, clip the tanks on their sides, and head off on their dive.

The side mount certification course will instruct divers on how to achieve the following:

Here you’ll gain the knowledge and skills necessary to explore these two forms of diving safely.

Unlike cave dives, cavern dives feature a line that leads to the cavern’s entrance in case access to the water’s surface is needed. Four dives exist in this course that focuses on line handling, reel use, as well as emergency procedures.

Three cavern dives follow where you’ll be able to test your knowledge of equipment and procedures.

In the final cave diver certification course, students will gain knowledge on how to handle cave jumps, gaps, in addition to the application of their open-water decompression training in a cave setting. 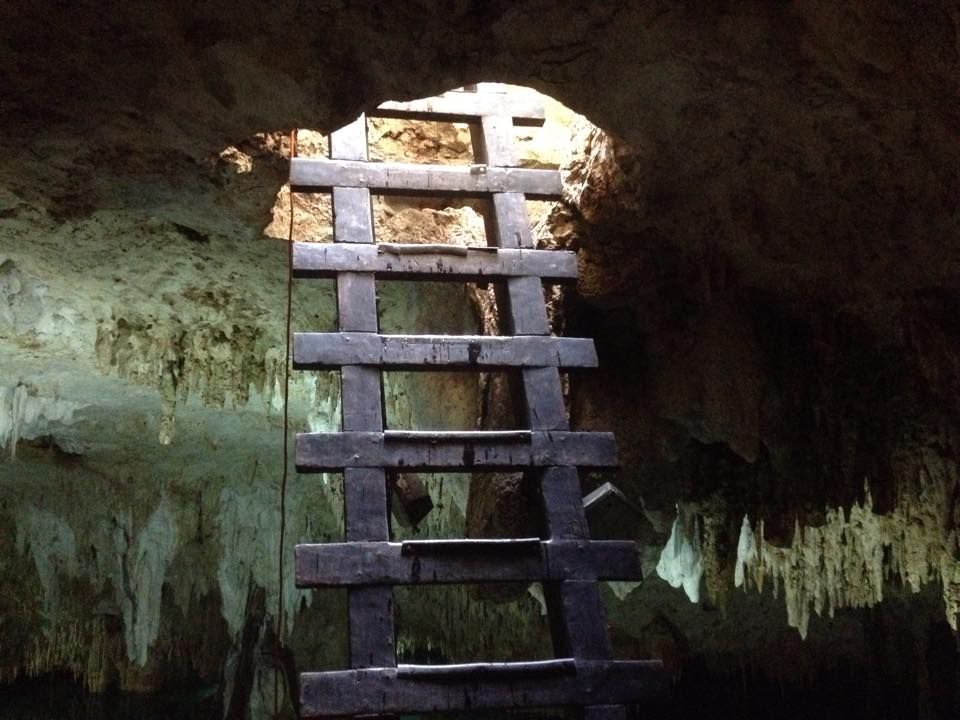 The length of these pieces of training hover around six or more days with at least 16 dives and 600 minutes spent underwater.

How To Get Cave Dive Certified

Cave diving experts, such as the ones at this lovely website, recommend that those interested in pursuing a cave diving certification should gain their training in a proper cave diving area.

Training in a natural cave diving environment will provide the trainee with real-world experience that will hopefully motivate the diver to continue on the path.

Below we explore some of the necessary equipment for your cave dive with the help of the sawflow website.

Owning a drysuit will ready you for the colder waters of a cave dive. These suits exist through laminated waterproof material, as well as watertight latex seals situated on the suit’s neck and wrist portions. Most drysuits feature pockets to carry safety equipment.

Volume and vision are essential when choosing your mask. A mask’s volume refers to the amount of air space within a mask.

Make sure your fins are flat-bladed so that they facilitate specialized swimming techniques learned during your training.

Timers give divers the ability to calculate the amount of decompression that halts while ascending during the final moments of the dive.

During a cave dive, the diver will hold two tanks bonded together by steel bands.

Wings are airtight bags attached to the tank that can be inflated to gain buoyancy.

Harness bolt and backplates hold the wings in position on the diver’s tanks. Secure equipment positioning is a necessity for divers.

An LED primary light of 1000-2000 lumens is what you’ll need. Make sure to purchase two backup LED lights for your dive.

You will attach your sharp knife to your harness in case of entanglement.

Divers should have two safety reels around 150 ft in length. These differ from the whole diving team’s primary line that starts at the cave entrance to the next permanent diving line.

A Surface Marker Buoy inflates in the water using exhaust from a scuba regulator.

Talk With A Professional

Best Caves To Dive Around The World 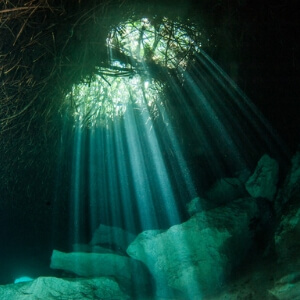 The following are some world-wide locations that serve as prime territory for cave diving expeditions:

Cave diving attracts thrill-seekers from all over the world. These high-level divers face increased risk to explore magnificent sights that few humans would typically perceive.

Participating in necessary training before your cave diving expedition will help equip you with the skills needed when facing the aforementioned increased risks of cave diving. Continued practice of the mentioned techniques will help solidify your training and ready you for an awe-inspiring journey.

from ocean to inbox

No spam, just the occasional update