When folks think about how to combine travel with the natural world, usually they envision trekking across rugged mountain passes, hacking through deep steamy jungle with a machete or embarking on an epic desert safari atop a camel.

But when you consider that over 70% of Earth is covered with water, for those who wish to experience our planet as it really is, Scuba Diving is an absolute rite of passage.

However, just as on land, beneath the waves lies a whole assortment of varied environments, different climates and unique experiences.

Some may prefer to peacefully marvel at reef fish in shallow waters, whereas others will feel more at home on an adrenaline pumping drift dive alongside huge bluefin tuna and reef sharks.

Mighty Whale Sharks could be the holy grail sighting for one diver, whereas rainbow coloured Nudibranchs’ hiding amidst the muck of a churned up seabed could be the prize photo opportunity for another.

In short, whichever country one chooses to embark upon their diving odyssey in, will offer its own unique experiences, rewards and challenges.

Below are 5 stellar reviews of some of the hands down best and most unique scuba diving destinations in the world, reviewed for you by Diving Squad. Let’s dive in! 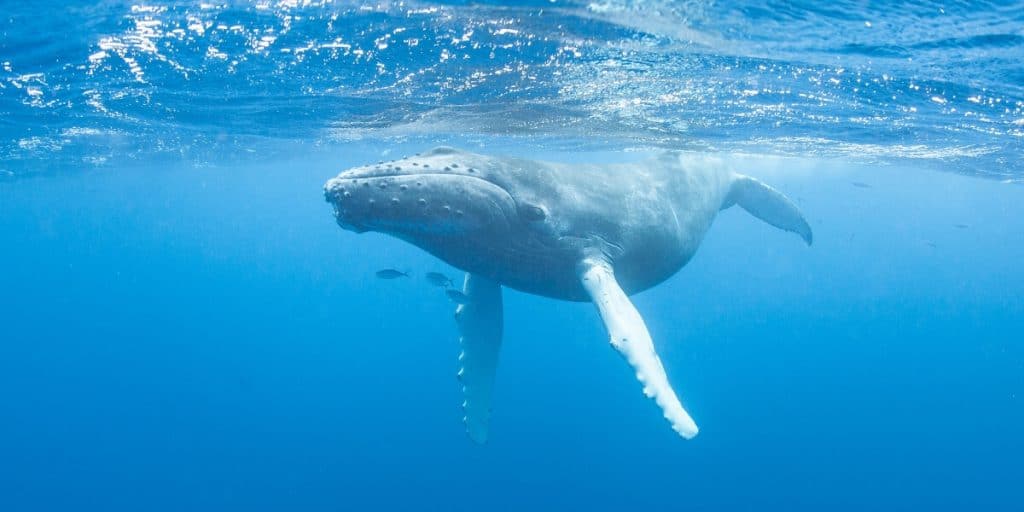 Review – Comparatively off the grid compared to other Scuba Destinations, the Dominican Republic is actually home of the best and most varied diving in the world.

Plus, because of its lesser known status you won’t have to share with the masses!

There are many great shipwrecks to be explored here, such as Monica; a wooden hulled railway cargo ship which sunk in a storm over 90 years ago and the Atlantic Princess Shipwreck, who befitting her name, is adorned in pink coral.

The Dominican Republic also boats immaculate coral with many swim throughs and caves for thrill seekers as well as extensive mangrove forests.

When to Go: Year round diving is possible at the Dominican Republic. That said:

December – April: is Dry Season – meaning water conditions will be the most calm.

June – November: is rainy season and experience more turbulent waters, but are still ok to dive during. However, this is the least busy time of year for diving in the Dominican Republic so divers need not share!

Experience Required: The Dominican Republic is suitable for both beginners and advanced divers.

Advanced divers can explore all the coasts, with the north and east Coasts offering more challenging dives such as drift dives and cave dives. 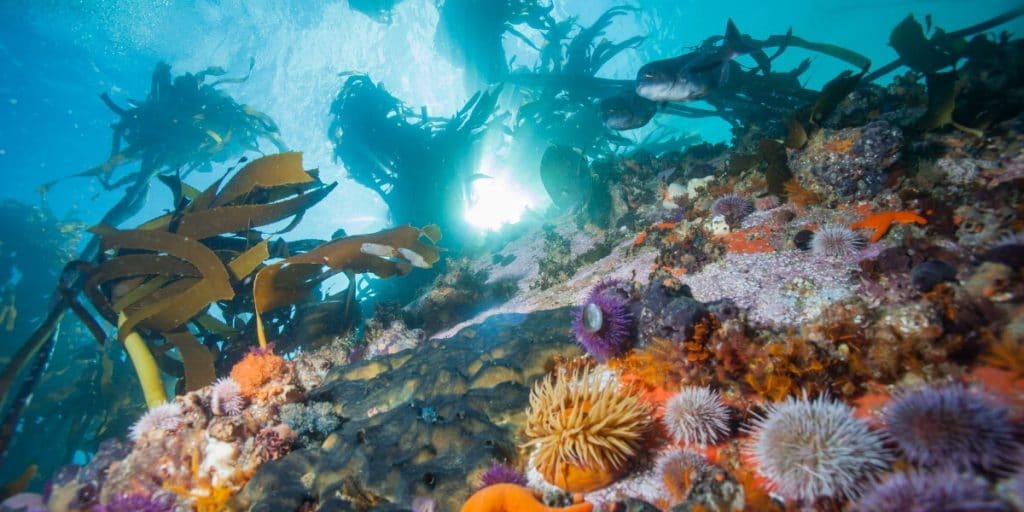 Review – With tropical reefs in the northeast and temperate rocky reefs to the west, some of the World’s deepest cave dives and most iconic wrecks, South Africa is a mecca for serious Scuba Divers looking for diversity and a challenge.

South Africa is also a shark lovers absolute paradise. Whilst you’re unlikely to see a Great White during your diving at South Africa, you are almost guaranteed to see abundant numbers of:

Tiger and Bull Sharks (november – may) when you visit world famous dive sites such as Aliwal Shoal and Protea Banks.

When to Go: Diving is possible in South Africa year round but with a varied climate & topography as well as coasts that face South, East and West, there is considerable variation for diving season across the different regions of this massive country.

The KwaZulu Natal province has amazing conditions all year round, especially Sodwana Bay.

East Cape and the Atlantic Coast on the other hand, are subject to colder waters and rougher weather over the winter months.

Experience Required: Mostly Advanced. There are certainly beginner friendly dives in South Africa as well as a whole bunch of diving schools eager to help people attain their scuba qualification.

That said, many of the best dives around South Africa endure strong currents & cold waters, which combined with shark diving opportunities, can be just the sort of challenge advanced divers are looking for! 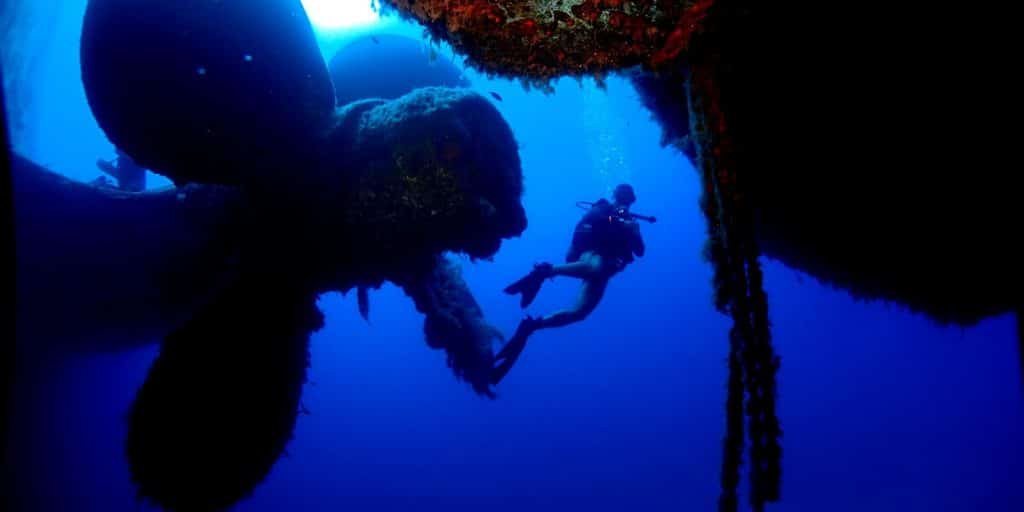 Review – Cyprus has an abundance of shallow sandy bottom dives making it ideal for beginners. It’s actually considered the best place in the Mediterranean to learn to scuba dive.

That said, it also boasts some absolutely epic cave dives and wreck dives for when you’re ready to embark on a challenge.

One particularly noteworthy example is the legendary sunken Zenobia, a Swedish Challenger Class RO-RO ferry that sunk in 1979… complete with 104 trucks still chained to it. Now it lies 42 metres below the ocean, awaiting your discovery.

Many dive sites are littered with ancient pottery called Amphorae, some of which have been there for so long they’re now enveloped in the sedimentary rock.

Very close to the shore there are even a series of apparently man made caves resembling ancient tunnels. Who knows what you may discover when you visit…

Keep an eye out for:

When to Go: Cyprus is one of the best places in the Mediterranean to dive throughout the year due to it’s permanently warm and relatively calm waters.

March- November is the absolute best time to go when the waters are at their warmest and the skies their bluest.

Experienced Required: Cyprus is 100% beginner friendly. That’s due in part to the prolonged diving season there, and the fact that even during it’s winter months, Cypruses waters remain relatively warm and calm.

In addition to this, many of the dive sites around Cyprus are shallow, not going much deeper than 15m.

However, the abundance of wreck and tunnel dives found here mean that advanced divers will be far from bored. 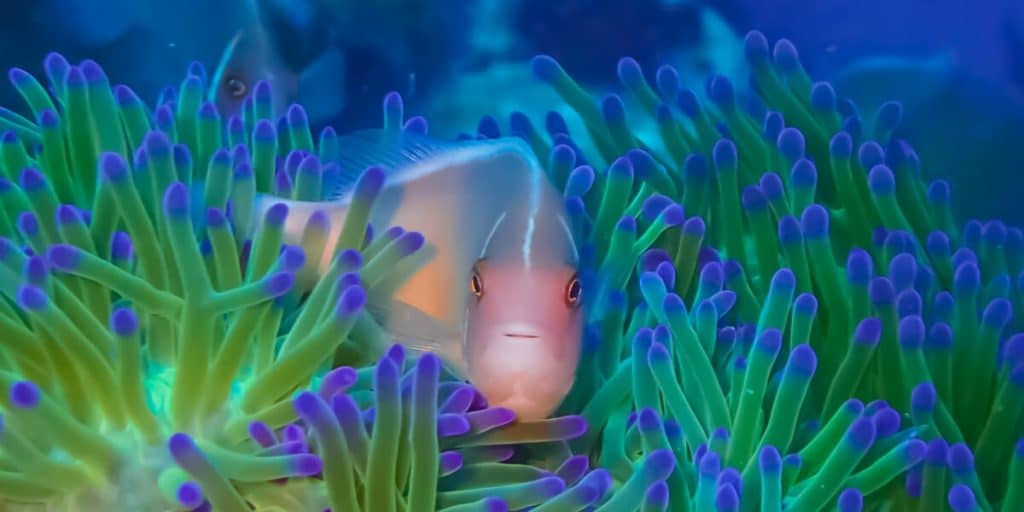 Review – With Koh Tao being renowned as the cheapest place in the world to get scuba certified, it’s also one of the most beginner friendly.

The majority of dive sites here have weak to non existent currents which makes them perfect for newby divers.

As well as this, the variety between beginner friendly dive sites is huge – Koh Tao has everything from easy wreck dives to low intensity drift dives, shallow cave dives to current free deep dives. There’s even the option to embark on a UV glass tinted night dive.

There are literally dozens of affordable, beginner friendly diving schools on Koh Tao, many of them catering specifically to those who have never dived before by offering extra perks such as additional training free of charge!

With a thriving backpacker scene at the Sairee Beach end of Koh Tao and the peaceful tranquility of Thiang Og Bay at the other end, this island has the right pace of life for everyone who knows where to look.

Keep an Eye out for:

March – May: during these months, water visibility is somewhat reduced due to the large plankton clouds that accumulate, however these attract Whale Sharks and Manta Rays!

November – February: is monsoon period during which time water conditions are less suitable for diving, although good diving weather can still be had – it’s just a lot harder to predict!

Experience Required: Beginner’s Paradise. As mentioned, Koh Tao is the best place to learn to scuba dive in the world. 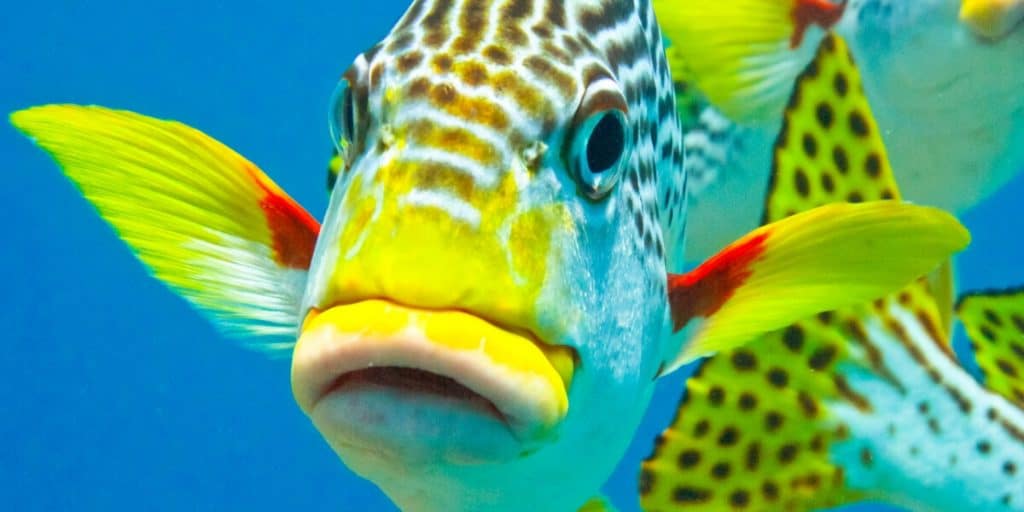 Review – Australia is an absolutely vast continent (and the World’s sixth largest country). Subsequently, there’s an absolutely insane variety of diving adventures to be had down under.

In total, Australia has six states: New South Wales, Queensland, South Australia, Tasmania, Victoria and Western Australia, each of which offers its own unique marine ecosystems.

Want to swim through lush giant kelp forests and explore epic shipwrecks? No problem mate. Head down south to Adelaide! Perhaps you’re desperate to crank up your sighted shark count? Get a move onto your to South West Rocks in New Wales in that case.

Or perhaps it’s Manta Rays and Whale Sharks you seek – easy, you’ll find those in Ningaloo Reef off Exmouth in Western Australia. In Tasmania, you’ve got Cathedral Cave; a 30 meter long underwater cavern filled with colourful sponges and invertebrates.

Victoria has phenomenal shipwrecks such as the HMAS Canberra, a purpose sunk naval ship that lies 28m below the surface and is now a Marine Reserve.

Up North in Queensland you’ve got the fabled Great Barrier Reef and awesome day excursions such as the epic Yongala shipwreck out of Townsville. Pretty varied, right?

When to go – Year round diving is possible in Australia, but you’re in for a very different viewing experience, depending on which month you choose to visit.

April – September: is the best time go if you’re hoping to see Manta Rays, Whale Sharks and Hammerheads around the Coral Sea.

June – July: is when Minke Whales make an appearance – lucky divers may get to swim with them.

August – December: This marks the period for the best visibility and the least rain and wind, so is probably the most suitable time to go for beginners.

Experience Required – Beginner to Advanced. Australia is a great destination to get your Open Water Certification or any type of advanced training.

Among Australia’s countless dive sites, there are those which are perfectly suitable for total beginners as well those which will present fun challenges for even the most grizzled of technical divers.

And there you have it. Five of the most awesome and different places in the world to scuba dive, reviewed.

Don’t forget – we’ve only scraped the surface with this article. There’s a whole ocean of additional information lying beneath.

If you choose to go on a scuba diving holiday, you’ll want to decide whether you’d prefer to stick around one location and dive with a diving school or go on an epic liveaboard experience, a luxury, multi-day yacht tour around the countries most pristine and inaccessible dive spots.

Prices and packages vary somewhat between diving schools, whereas the itinerary length, experience required, facilities and prices for liveaboards varies even more.

Furthermore, you’ll need to either bring your own scuba gear or rent it out from the diving school or liveaboard for a small additional fee.

Lastly, it’s worth noting that some hostels and hotels are specially tailored with the scuba diver in mind.
Whatever you do and wherever you choose to go, have fun and stay safe.

from ocean to inbox

No spam, just the occasional update